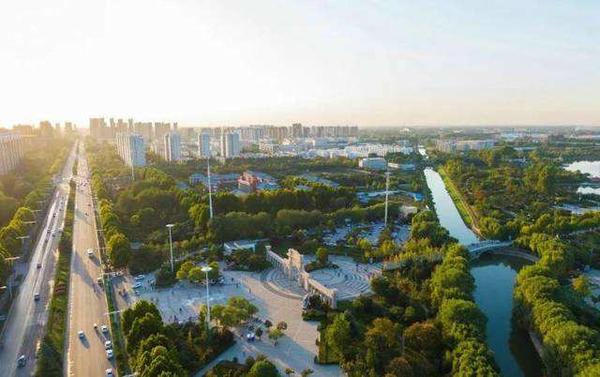 Zhoukou (Chinese: 周口; pinyin: Zhōukǒu; Wade–Giles: Chou-k’ou; postal: Chowkow) is a prefecture-level city in eastern Henan province, China. It borders Zhumadian to the southeast, Xuchang and Luohe to the west, Kaifeng to the northwest, Shangqiu to the northeast, and the province of Anhuion all other sides. Its population was 8,953,793 inhabitants at the 2010 census whom 535,738 lived in the built-up (or metro) made up of Chuanhui district and the northern part of Shangshui county.

For thousands of years, Chen (now at Huaiyang) had been the center of this area and a nationally well-known city. The ancient city site founded at Pingliangtai (near Huaiyang) is over 4600 years old, which is one of the oldest cities in China. According to the legend, Fu Xi, the first of the Three Sovereigns of ancient China, died in the city. During the Spring and Autumn period, Chen was the capital of Chen State and then annexed by Chu. Therefore, the area was usually referred to as "Chen Chu" in ancient times. The leaders of the first Chinese peasant uprising (the Dazexiang Uprising) established the government at Chen.

The city's name "Zhoukou" is short for "Zhoujiakou", which literally means "Zhou's ferry". Located at the intersection of Jialu River and Shaying River, it started to develop as a river harbor of China's Inland Water Transport System in the early Ming Dynasty. By the end of the 18th century, two towns along the rivers merged into one big town with several tens of thousand permanent residents. From the port, cargo could either be shipped south to the Yangtze River or north to the Yellow River. However, after the "sea ban" was canceled, sea transport began to play a major role on the trade between Jiangnan and North China, which diminished the utility of inland waterways. The cost of maintaining the river channels kept increasing because of the ever-rising river bed. The appearance of railways and modern roads in the early 20th century lead to a recession in the water transport business nearby. Finally, in the 1970s, a dam was built on the Shaying River, which cut the city's last waterway.

In 2000, the government of the Zhoukou prefecture-level city was founded. The old county-level city and its suburban area became Chuanhui District.

Wu Guang (a major leader of the Dazexiang Uprising)

Ji Hongchang (a general and patriot)